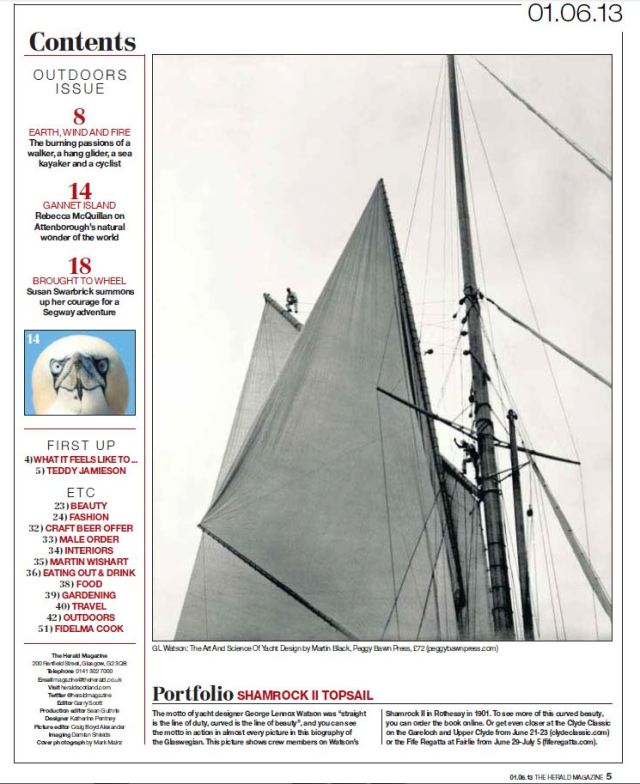 This wonderful image from G.L. Watson – The Art and Science of Yacht Design of Shamrock II’s huge jackyard topsail being raised at Rothesay, Isle of Bute in 1901 made The Herald Scotland magazine’s Saturday Portfolio spot last weekend.

Try to imagine one of the present day America’s Cup 72ft foiling catamarans buzzing about the Firth of Clyde this weekend, and what a fuss that would create.

It would have been the same at Rothesay in 1901 when Shamrock II was undergoing trials with the William Fife Jr designed Shamrock I prior to departing Gourock Bay later in the summer – for Sir Thomas Lipton’s 2nd Clyde designed and “Clydebuilt” America’s Cup challenge off New York.